Home Arezzo and surroundings Into the world of Tuscan craft beers

Into the world of Tuscan craft beers

Tuscany is acclaimed everywhere for its superb wines, but in the last years the interest for beers and brewery has arisen both in the field of production and in that of consumption in our region. We confess that we love beer and we are happy for it:  although we are not expert in the sector,  the passion has been leading us to discover the fascinating world of microbreweries and brewers in Tuscany, a world where passion, devotion and personality reflect on the beers produced, since each is embellished with the clear mark of its  beer-producer and native territory.

Last summer we started our discovering of the marvellous world of Tuscan beer, visiting the excellent breweries Birrificio San Quirico in Val d’Orcia (here the complete post) and Birrificio Cortonese in Cortona (here our review). We do intend to continue our tours, and since we are always eager to taste new beers, last Sunday we went to Arezzo where the event  Tuscany-Beer, dedicated to craft beers, took place within the “Superfood” fair. 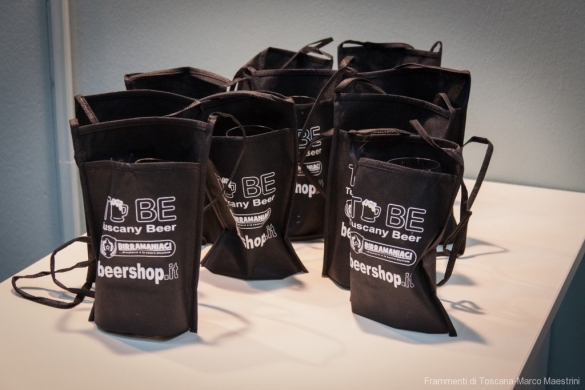 The space devoted to craft beer was animated by breweries and brewers coming from different parts of Tuscany and Italy. We decided to take part in the “Beer Tour”, a nice walking tour offering the taste of 5 different beers, led by the organizer of the event in collaboration with the participating brewers. During the tour we tasted the beers of two Tuscany breweries that we’ve added to our list of Tuscan craft beers personally tried (and that we warmly recommend):

1) From Montevarchi-  the town of our blog photographer, Marco – the  Birrificio Valdarno Superiore presented the three different beers they make, that are clearly embellished with the ingredients and aromas of the native territory.  The Maius III (so called because made on May, 3rd), is a Ale with the scent and taste of the spices used for preparing the stew Stufato alla Sangiovannese, a medieval recipe still followed in the town of  San Govanni Valdarno (the native land of the artist Masaccio); the beer Pratomagno is a Strong Ale with the presence of the thyme and lemon balm picked on the slopes of the Pratomagno, the mountain that separates the Valdarno valley from that of Casentino; finally, the Cetica is  a Strong Ale where the ABV  (7%)  is got with the use of the red potato of Cetica, locally cultivated in  the village of the same name, in the Casentino valley. All information on the beers produced can be found (in Italian) on the Birrificio website  http://www.birrificiovaldarnosuperiore.it/le-birre/ and if you are in Valdarno and intend to buy some bottles, you can do it at several places like the Café la Gare in  Montevarchi, the Restaurant – Winery Papposileno in  Cavriglia, the Caffè Piansa right a few metres away from the exit of the A1 motorway in  Terranuova Bracciolini. 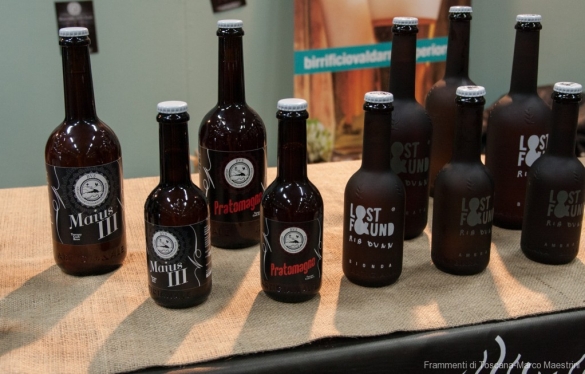 2) from Montelupo Fiorentino, the capital of ceramics near Florence, the Birrificio Montelupo proposed a very peculiar and surprising beer: the Re Tartù (King Tartù), made with truffle! Unbelievable? No, just awesome! the beer is a 5% ABV Ale, with clear truffle scent and taste, intense but absolutely pleasant to drink (to be clear, it doesn’t seem at all to swallow a sauce for pasta).  The brewery produces  10 kinds of beer  (ale, strong ale, stout, barley wine with different characteristics) that can be purchased and tasted in several bars and restaurant in Montelupo. Here’s the brewery’s website (still in Italian) http://birrificiomontelupo.webnode.it/ 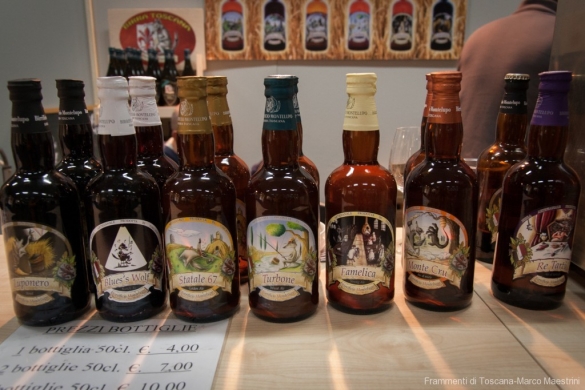 This article will be updated with new breweries we’ll visit in our next tours and trips, so stay tuned! You probably won’t come to Tuscany for a beer, we know. Normally tourists prefer wine, but the two productions can go hand in hand and beer will open a new window on the excellent productions of Tuscany.