Home Arezzo and surroundings Galatrona, the sighting Tower of Valdambra

The Galatrona Tower is located near the village of  Mercatale Valdarno, in the Municipality of Bucine, in the province of Arezzo. The tower is the only vestige left of one of the most important castles of Valdambra, the suggestive valley of the Ambra river, situated between the Mountains of Chianti and the Arno river valley, and dominated by wooded hills, enchanting medieval villages, and ruins of castles and towers of the ancient times. This valley is still a little less away from the classic tourist routes, even if the presence of visitors is constantly increasing,  and is definitely worth a visit or a relaxing stay. 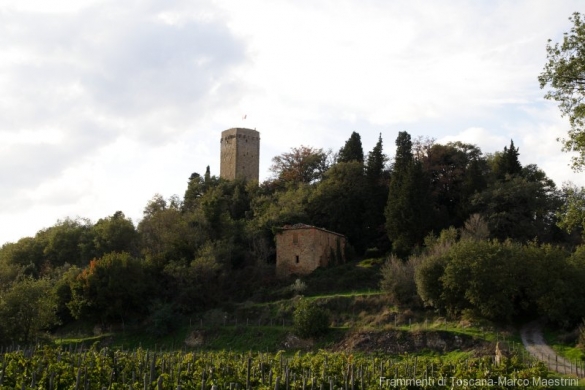 The ones coming from the A1 highway and Valdarno must reach  Mercatale V.no, pass the village and follow the indications toward the Petrolo Farm and Villa; the ones coming from Siena must drive along the SP 540 towards Bucine and, before reaching village, turn left in the SP 16 and follow the indications for the Tower and Petrolo.  A few metres before the Petrolo Villa, on your right side, the small country Romanesque church “Pieve di Galatrona” can be visited every Sunday afternoon from 4 p.m. to 6 p.m. and is definitely worth a visit since it guards remarkable Renaissance works in glazed terracotta from Giovanni Della Robbia. Yuo can stop here before making it to the tower or on your way back. 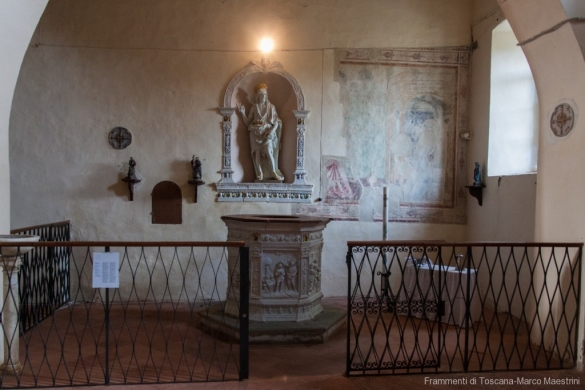 Prosecuting towards Petrolo, the Villa stands on the left side, and the road to the tower continues to the right. The Tower can be reached either driving up by car to its foot, or parking the car 500 metres downhill and then walking up, or hiking the entire road through a beautiful wood of  oaks, holm-oaks and strawberry trees.  I personally recommend to reach the Tower on foot, unless specific health problems don’t permit it: if the entire walk may seem too long, leaving the car in the parking downhill and hiking up represent a good solution to admire the Tower showing up through the wood at the slow pace of a walk,  and enjoy all colours and scents of the beautiful surrounding wood. 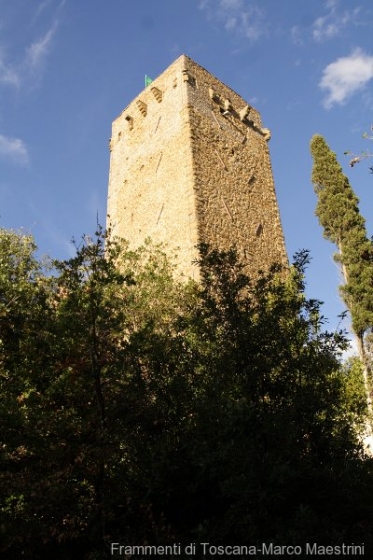 The Tower can be visited and, once climbed up to the top, the view gazes over the entire Arno Valley,  the vineyards of the Petrolo villa, and the  wooded hills of Chianti. The Tower and the  castle were built up during the Middle Age, but documents demonstrate that the hill was inhabited since old times,  perhaps since the Etruscan era.  During the Middle Age, and until the end of the XIIIth century, Galatrona marked the boundary between the territory of Siena and that of Arezzo until it was captured by Florence in 1335. The submission act to Florence shows that at those times, two towers had existed: the “new” one that is still visible, and the “old” one, no more existing  Other official documents dating back to the XVth century demonstrate that the castle was surrounded by a fortified village, inhabited by farmers and small landowners.  In the first half of the XVIth century, the castle and the whole Valdambra were involved in the battles between the Medici and Siena, ending in the defeat of the latter and Siena’s definitive subjugation to the Grand Duchy of Tuscany (1555). Since then, Galatrona  depended by Bucine.