Home Florence and surroundings Vallombrosa: an Abbey in the forest

Vallombrosa: an Abbey in the forest

The Abbey of Vallombrosa stands on the slopes of the Pratomagno massif about 30 km south-east of Florence, immersed in the deep, ancient and shady forests of chestnut trees, white firs and beeches. The complex is one of the oldest and renown Abbeys in Tuscany, already mentioned by the Renaissance poet Ludovico Ariosto who in his masterpiece “Orlando furioso” wrote “They reach’d an abbey, Vallombrosa named/ Which, raised to meek religion, rich, and fair/ Still kindly welcomed every passenger”.

The enchanting and pure woods surrounding the magnificent monastery that stands 1000 metres above sea level, have been declared Natural Biogenetic Reserve and are the ideal place for relaxing and escaping the heat of the hot summer days, hiking or making excursions, enjoying the marvellous landscape in a white, snowy winter day. Vallombrosa is, in fact, fascinating all the year round. In the summertime, the meadow opposite the Abbey is full of young people and families with children picnicking, playing football or just sleeping  under a shady tree. 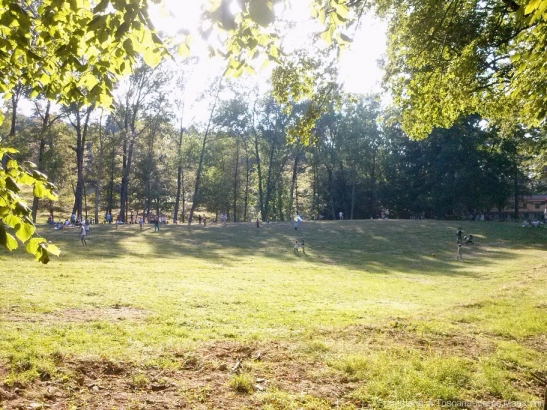 The imposing Abbey was founded in the XI century by Giovanni Gualberto, a Florentine noble that decided to become a monk and found in the forest an isolated place where to pray. Here, the new order of the Vallumbrosan was established and based on St. Benedict’s rule “ora et labora” (pray and work), and in 1036 the works for the construction of the cells and the oratory began. From then, in the 1200s the bell tower was added, and in the course of the 1400s the monastery was extended and came to the imposing present aspect. A defensive tower was added in the 1500s, followed by the wall in the 1600s and the fishing ponds in the 1700s. The Church preserves its medieval austerity, even if was later Baroquized. Around the Abbey, in the forest, there are several chapels that refer to particular episodes of the founder Gualberto’s life and can be discovered with a short walk through the trees. 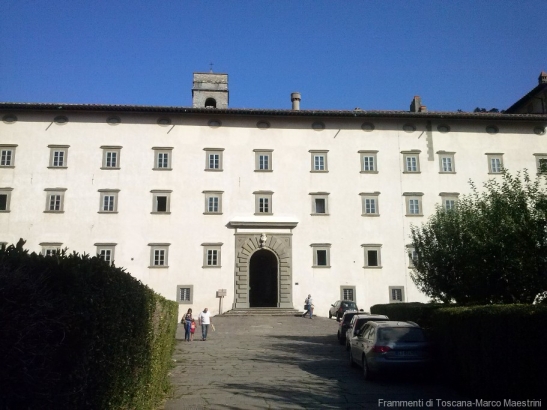 The monastery was suppressed in the Napoleonic era, reconstituted under the restored Great Duchy of Tuscany, and closed again during the Kingdom of Italy, when the Abbey became the headquarters of the Royal National Forestry Institute, till 1913. The Benedictine monks returned to Vallombrosa only after World War II.

In the monastery, just next to the main entrance, visitors find the “Ancient Pharmacy of Monks” an old pharmacy where liquors, jams, chocolates, natural soaps and cosmetics can be purchased.

The ones of you who wish to sleep at this peaceful oasis, the Forestry of the Monastery offers accommodation, by previous call to  the number  +39 055 86.20.29. Other hotels for tourists and visitors are located in the near village of Saltino, 1,5 kilometres away from the Abbey, still on the Pratomagno mountain. Have a relaxing break in the enchanted forests of Vallombrosa. 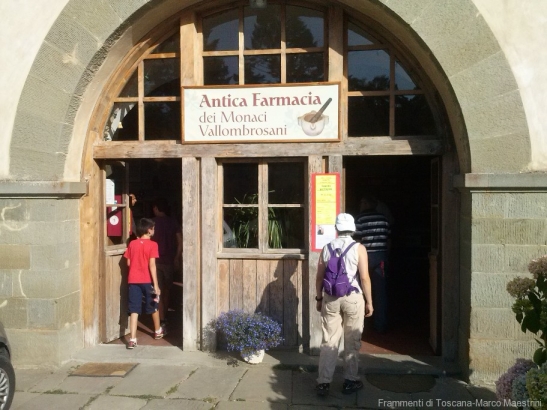