Home Arezzo and surroundings A day on the snow in Pratomagno

A day on the snow in Pratomagno

Clear sky, bright sun and cold wind: a beautiful winter day appeared before me when I opened my window last Sunday.  In the distance I saw the peak of Pratomagno: it was snowy, well-lighted by the sun rays, white against the intense blue sky.  Despite of the biting cold and the potent wind, after lunch we decided to go for a visit to the snow! 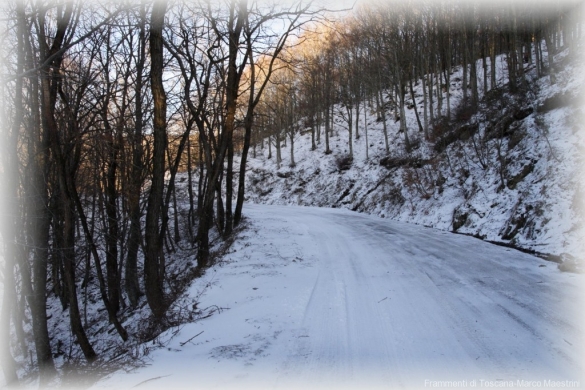 Where and what is the Pratomagno? It’s a massif between Valdarno and Casentino,  in the Eastern part of Tuscany, mostly extended in the Province of Arezzo except for a small part,  in that of Florence.  Its name contains itself the main characteristic of this mountain bordering the Apennine range: a long grassy area (“prato” means meadow in Italian),  expanding on the mountain’s ridges, and attracting in Summer many visitors for long walks or a picnic on the soft grass. Shaped by centuries of wind and snow, its peak is rather rounded and stands around 1600 m. above sea level, and its slopes are covered with beech trees, chestnut trees, oaks and, here and there, some conifers.

In winter the top, dominated by a huge metal cross, symbol of the Pratomagno, is often covered with snow, and when snowfalls are more intense, also the slopes are whitened and it’s nice to go there for some hour of fun.

We came up to around 1000 metres on the slope facing Valdarno,  left the car in a space on the edge of the road, and went for a walk in the snow. The wind was really intense, but the sound of snow underneath our feet and fantastic ice swords falling down the rocks, accompanied us in a magic and silent atmosphere. There’s no possibility for skiing in Pratomagno, but  it’s certainly a nice place for a day on the snow, both for adults and children, and if the sky is clear, the view can extend from Valdarno, to Valdichiana and Arezzo area, the Cetona Mountain and then looking westwards, the Amiata Mountain, the Valdorcia, the Crete and finally the Chianti area, where the sun goes behind the horizon. 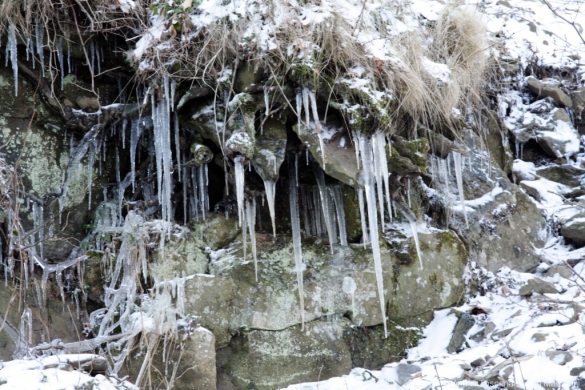 Before driving down to the Arno valley,  we stopped in a small village on the  slopes, named Chiassaia, very popular in all the Valdarno area for its fantastic schiacciata (flat bread with olive oil, cooked in the wood oven) that is sold in the small store of the village:  very good itself, it’s wonderful filled with cheese, raw ham or other Tuscan cured meats. The small shop works as a bakery and simple delicatessen, and it’s a must go if you are in the Valdarno slopes of the Pratomagno. Indoor and outdoor, tables and benches are provided to enjoy the delicious schiacciata (in Italian, schiacciare means to crush, so schiacciata means crushed and refers to the flat dough that is then cut in two sheets and filled generously), and a glass of good wine. A great idea to end a fun day on the snow in Pratomagno! 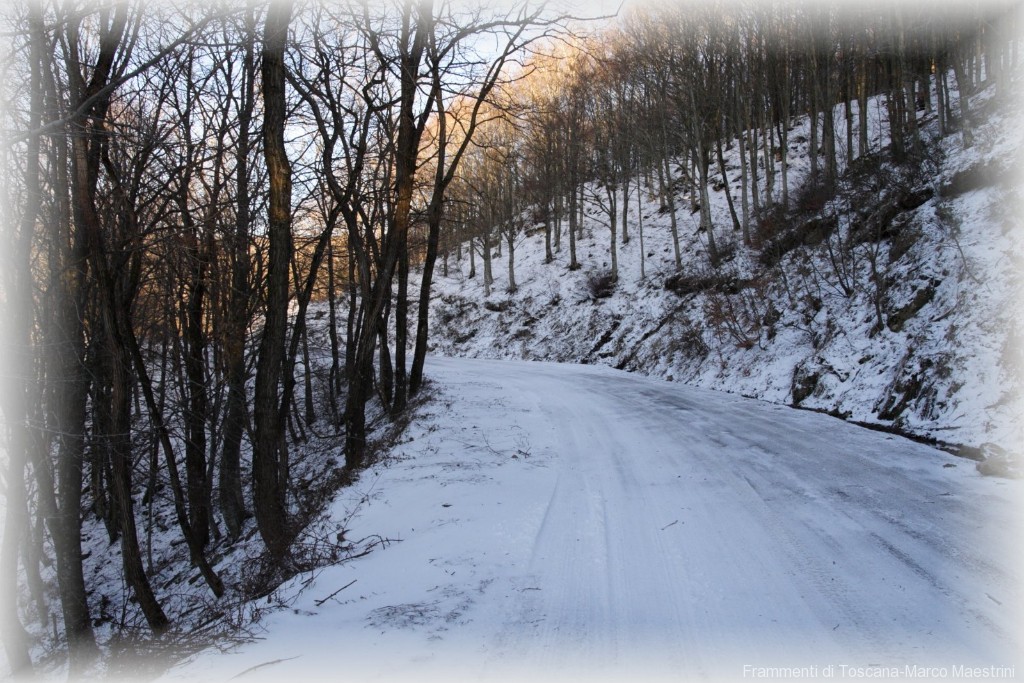 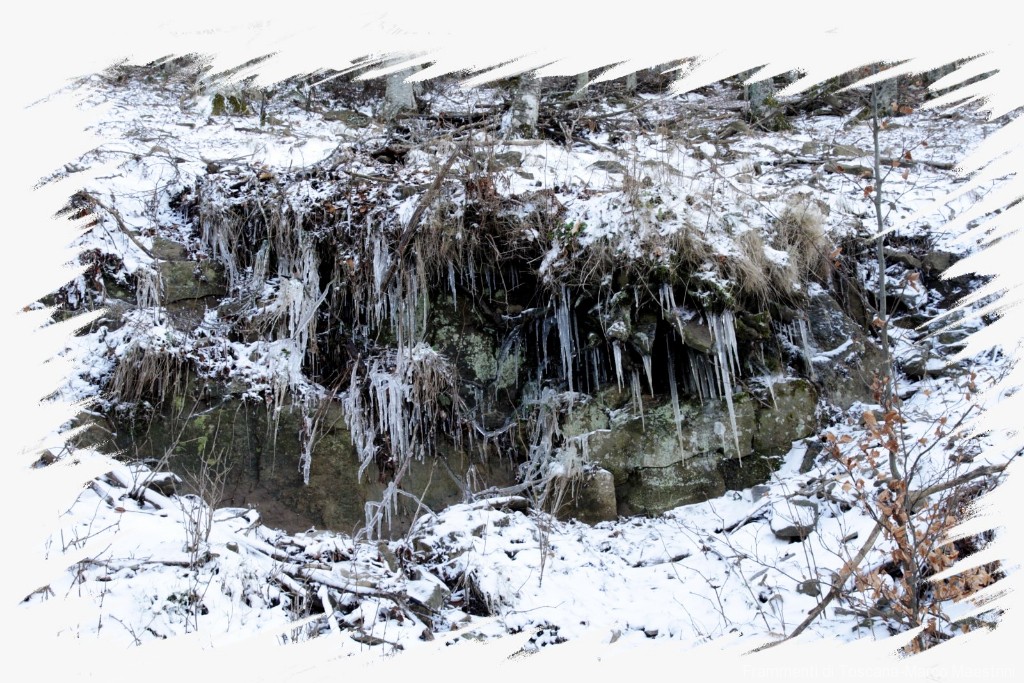 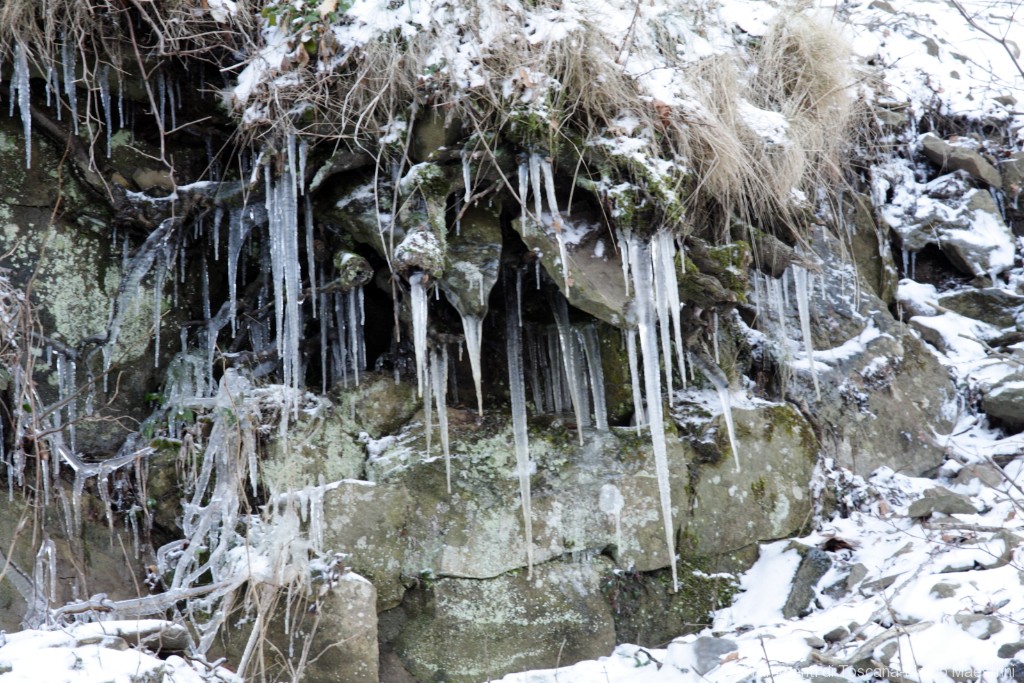