If his name doesn’t ring a bell, a glimpse of this picture may be of great help … 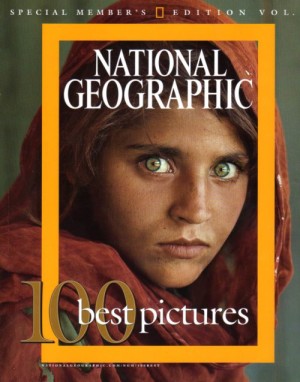 American photojournalist, McCurry has covered and shown, through his art, armed conflicts and upheavals as, among the others,  the one in Afghanistan at the time of the Soviet invasion, the Iran-Iraq war and the Cambodian Civil war. Not only wars: as written in his website, “McCurry has gone on to create stunning images over six continents and countless countries. His work spans conflicts, vanishing cultures, ancient traditions and contemporary culture alike – yet always retains the human element that made his celebrated image of the Afghan Girl such a powerful image”. Frequent contributor to National Geographic, recipient of the most prestigious awards, his work is exhibited from June 15 to November 3 in Siena at the marvellous complex of Santa Maria della Scala, opposite the Cathedral.

The exhibition “Steve McCurry: Viaggio intorno all’uomo (travel around mankind)” displays  more than 200 pictures of his great career (from the most famous ones, to the recent production) and in my personal opinion, not only passionates of photography, but also the ones fascinated by different cultures and the complexity of the world, shouldn’t miss it. I won’t. So if you are in  Siena, besides the 10 things I suggested in another post of mine (click here to read it), you can add this great event to your agenda!

Till 6 January, complex of Santa Maria della Scala, Siena, open Monday and Thursday 10h30 – 16h00 (last admission at 15h00), and  Friday, Saturday and Sunday 10h30- 19h00 (last admission at 18h00), CLOSED TUESDAY AND WEDNESDAY; tickets € 10,00, reduced € 8,00. All visitors will be given a free audioguide in which SteveMcCurry directly tells about his photographs, and through them, his personal and professional development. For detailed information and reservations,  visit the official website of the exhibition.