Home Chianti Tuscany in low season: in the surroundings of Gaiole in Chianti

Tuscany in low season: in the surroundings of Gaiole in Chianti

Chianti, Siena and surroundings Post consigliato per: da 2 a 5 giorni

Everyone knows that Tuscany has an undisputed vocation for tourism, and everyone is also aware that most visitors arrive from April to October, with a peak in summer’s months. November, as well as January and February, counts very few tourists, but I’ve always thought that this is one of the most enchanting period to go around my magnificent region.  There are a variety of reasons to visit Tuscany in Autumn: a few people around; a heartbreaker landscape, with its enchanting colours (brown, yellow, orange and the different shades of red of woods and vineyards); the temperatures, still pleasant in the middle of the day; many typical products to taste, as the new wine, the extra virgin olive oil just come out from the oil mill, a hot ribollita, an old-manner made roast meat, maybe enjoyed in a small restaurant on top of a hill, next to a fireplace. 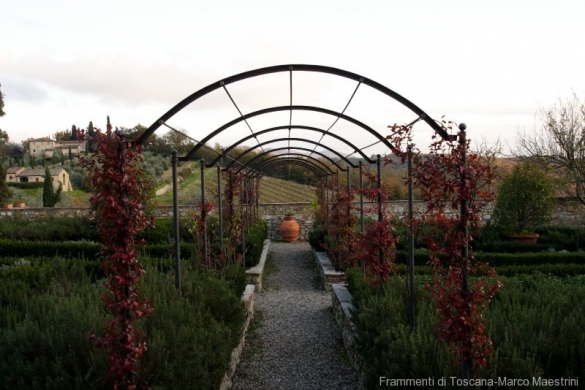 Last Sunday, after having lunch with our family in Montevarchi (AR), we decided to take the state road n.408 towards Siena, through the most beautiful Chianti hills, and we reached Gaiole. We wondered through its beautiful square and on one of the external walls of the City Hall, we found a map showing the territory’s most attractive monuments, that invited us to continue our visit to the hills, for admiring some churches and castles. In fact, the territory of Chianti is very rich in castles and fortresses, as it corresponds to the ancient League of Chianti, an important military stronghold of Florence in the long dispute against Siena. Many of them are still intact, others only show some ruins, but all of them can be visited following one of the itineraries of the Chianti Castles Route http://www.turismo.intoscana.it/intoscana2/export/TurismoRTen/sito-TurismoRTen/Contenuti/Itinerari/visualizza_asset.html_187190842.html 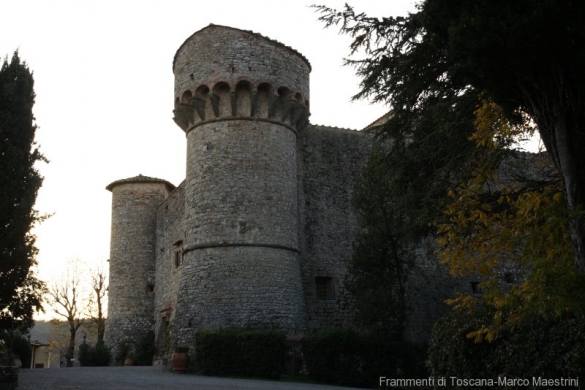 We left Gaiole driving towards Siena, and after a few kilometres we turned left into the road going to Starda and Nusenna,  and we reached the marvellous castle of Meleto.  At the end of a pleasant driveway lined with cypresses, the castle and its towers remind visitors of the Middle Age and create a fairytale atmosphere. The interior decorated halls have the aspect of a 1700 villa (as during the 18th century the castle lost its defensive scope and got into a rich family residence), and can be visited with an organized guided tour that leads through the whole castle, including the playhouse/theatre, and the undergrounds with prisons, cellars and ways of escape.  Meleto is an enchanting place, immersed in the silence of the Chianti hills and dominated by the imposing and powerful shape of its castle, that for years has become a perfect location for weddings, and a charming farmhouse. We were satisfied to visit it in low season, slowly, away from the crowded tourist months, even if this place is so beautiful that can be appreciated in any period of the year. 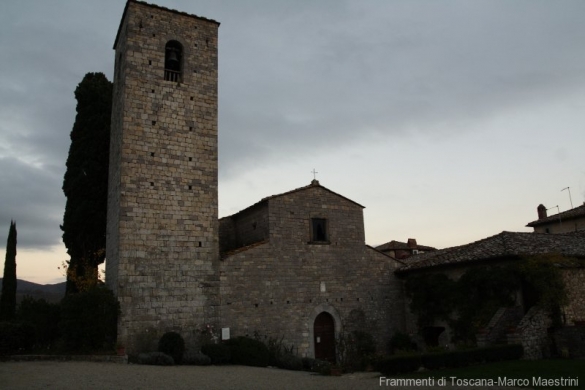 After the visit, we came back to Gaiole and, after passing  its church, we turned left to the Parish church of  Spaltenna, another jewel to visit in this period. Severe but splendid in its Romanesque style, the Church with the tower-bell dating back to year 1000, is surrounded by a small group of country houses, marvellous example of spontaneous medieval architecture, now one of the most charming hotels in Chianti. Here too the low season allowed us to visit the place in silence, with the background sounds of wind, leaves falling down and bells announcing the afternoon holy Mass.

At last, we followed the road that from Spaltenna leads to the walled hamlet of Vertine. What can be said? The hamlet is simply magnificent: the wall ring is almost untouched, the small streets, the square and the beautiful buildings in white stone don’t even seem to be real, how perfect and authentic they are!

Other castles in the territory of Gaiole in Chianti are the ones of Barbischio, Montegrossi, Brolio (very popular one), but since we had only the afternoon for our visit, we didn’t have the time for a complete tour. Anyway, the low season is still long and we’ll find a good occasion for another visit soon!