Home Siena and surroundings Fried rice balls or “Frittelle”: a tradition of Siena

Fried rice balls or “Frittelle”: a tradition of Siena

Every year, from January 31st till March 20th, if you happen to be in Siena you can not end your visit without tasting the fantastic fried sweet balls named “Frittelle” that are made to celebrate Father’s day, on March 19th. The selling point of these delicious little golden is right in a corner of the enchanting Piazza del Campo: it’s a small wooden hut, emanating a sweet and inviting smell. Follow your instinct and your nose, reach the hut and you’ll be welcome to Savelli’s, the storic frittellaio (fried ball maker) that every year erect a temporary kiosk right on Piazza del Campo and fries continuously wonderful fried rice balls. The rice version of frittelle is typical of Siena and its surroundings: crunchy, fragrant and generously covered in sugar outside, creamy, orange-flavoured and hot inside, served in paper cones as in the past times: in two words, simply fantastic! 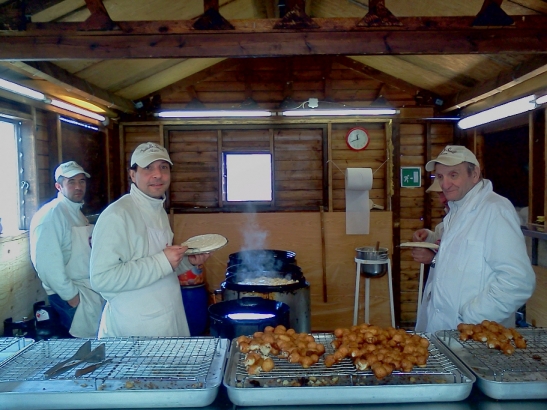 1 € for 4 balls, 2€ for 8 of them but I would buy dozens at a time! Every time I walk through Piazza del Campo I can’t resist and end up buying at least twelve of them! 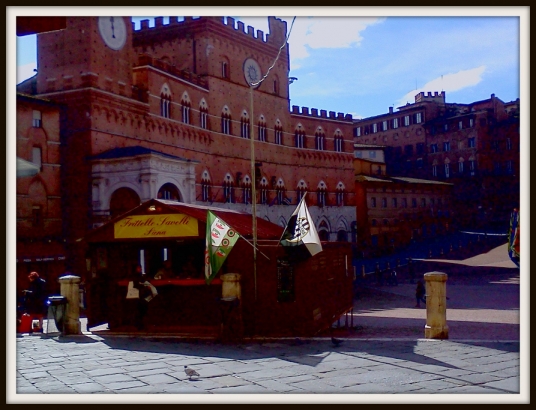 Savelli’s is the kiosk in Piazza del Campo, but if you are outside the city walls by car, you can drive to Via Tolomei (in the area called Acqua Calda) and stop at Giorni’s, another temporary kiosk making and selling traditional frittelle, or to Strada Massetana Romana, right opposite to the Penny Market, at Ciofi’s. Three places, three opportunities to taste these delicious fried rice balls that only have a counter indication: once you start eating them, it is really difficult to stop (and almost impossible to resist licking your fingers as a child)! 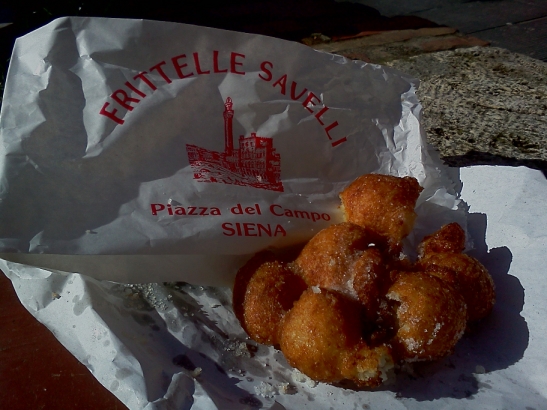