Home Arezzo and surroundings Abbey Farneta, a jewel outside Cortona

Abbey Farneta, a jewel outside Cortona

Last Sunday I finally found the right occasion to visit the Abbey Farneta, a sacred building just outside the splendid town of Cortona, taking advantage of the first warm sun of the upcoming Spring. At first sight this church is not as impressive as other abbeys in Tuscany, but its visit is absolutely fascinating and leaves a mark. After parking the car and walking towards the church, we met a nice old man who worked there as a regular tourist guide, offering its service but also, for a couple of Euro,  an informative leaflet with all the details about the abbey. We opted for the second solution and immediately after reading the first information, we had the clear impression to be about to visit a great artistic and historic place. 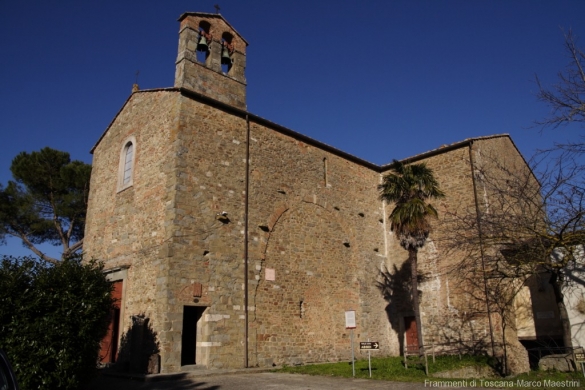 The Abbey is very ancient, dating back to the IX century, and built in pre-Romanesque style that is not so common in Tuscany.  The church has the shape of tau (T), the Latin cross without the head and, as usual for that period,  is oriented with the apse facing the East, where the sun, the symbol of the Redeemer, rises.  During the Middle Age was visited and enriched by many Popes and Imperators, in the sixteenth century passed under the control of the Monks of Monte Oliveto Maggiore Abbey (in the territory of Siena), but then declined and underwent many mutilations (some side chapels were closed, nearly half of the longitudinal nave was pulled down by and in the early nineteenth century the bell tower was demolished), till the renovations between 1940 and 1944, when the pure simplicity of the pre-Romanesque style was brought back to life. The most impressive part of the works, and visit, was definitely the crypt. 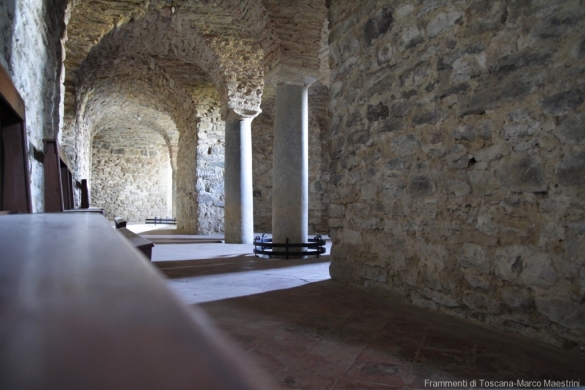 Dating back to the IX century as well, the crypt was rediscovered in 1940, when  the works liberated the basements of the Abbey from the bones of deads- buried there in the past after serious pandemics such as the plague – much soil, rubble and many snakes. The structure has a very peculiar shape: the two lateral cellars remember a clover, and the central one a four-leaved clover.

Each cellar is sustained by columns and capitals from the Roman era with fine sculptures and decorations. One of these columns is made of red granite from Egypt. Walking in the half-light of the crypt was really amazing and striking, and was worth the entire visit!  It made me reflect it was rediscovered between 1940 and 1944, when Tuscany, Italy and Europe were in upheaval and destroyed by the war. During those terrible years, in Farneta people worked to bring back to light this enchanting jewel, that in 1974 was given back the title of “Abbey”  lost in 1780. 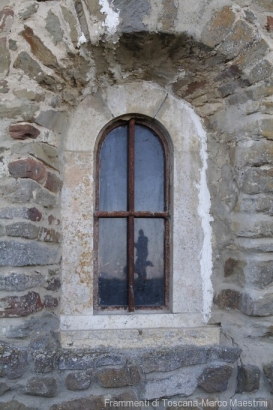